I'd Like to Develop a New Webcomic Series Starring MoneroCat[...]

cryptopop posted this 3 years ago

Hello everyone! I'm Luis of cryptopop.net, the creator of the MoneroCat webcomic that recently finished its 14-episode run from September to December 2017. I wanted to thank everyone again for the kind donations and support over those few months -- the Monero community has been really awesome to me and our feline friend.

My goal with the Who is MoneroCat?! webcomic was to use it as a way to create awareness about Monero, because I believe that it's a severely underappreciated cryptocurrency. With that in mind, I'd like to pitch an ambitious sequel. 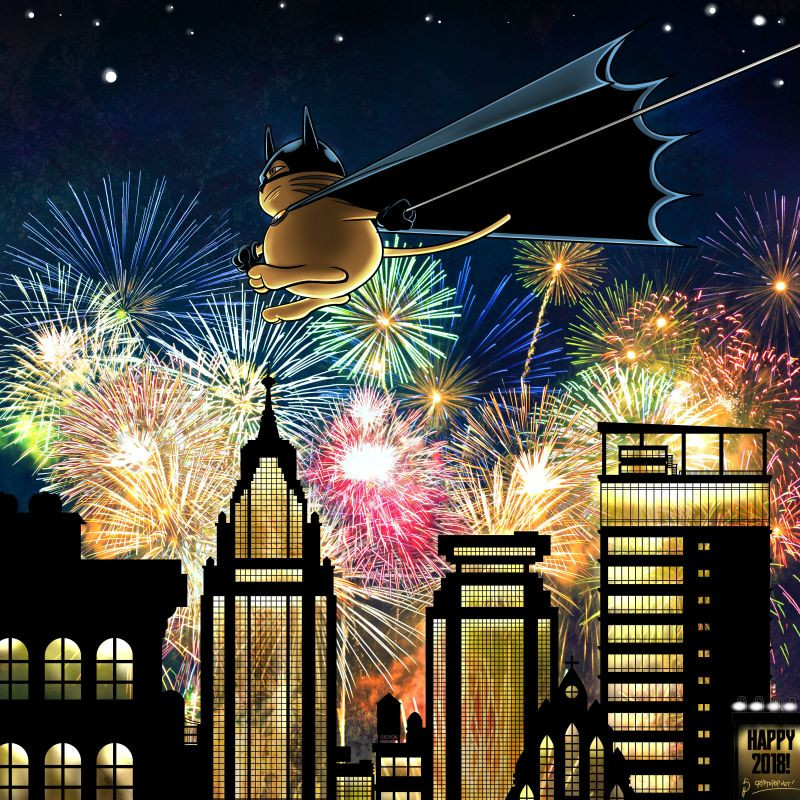 I want to do a new webcomic series called CryptoStars, starring an ensemble of new characters representing all the major (and even some minor) cryptocurrencies. Imagine the Justice League on an interplanetary adventure, with MoneroCat in the grumpy Batman role.

The goal is to attract readers from the communities of Bitcoin, Ethereum, Litecoin, etc., and provide humorous commentary on all of them. I have some strong opinions about shitcoins and ICO scams and things of that nature, and although Cryptostars will always have a humorous vibe, it won't shy away from taking a position in the overall discussion.

MoneroCat will be at the center of this narrative -- the "audience surrogate," in storytelling parlance. Readers who are fans of other cryptos will also become more familiar with Monero in the process.

Here's a teaser image, featuring MoneroCat, an early version of ChikunXL, and a new character, Etherea, who is a "llama-corn." Yes, that's a thing. (If you read all the way to the end of the original MoneroCat webcomic, you'll see her silhouette in the middle of the crater.) 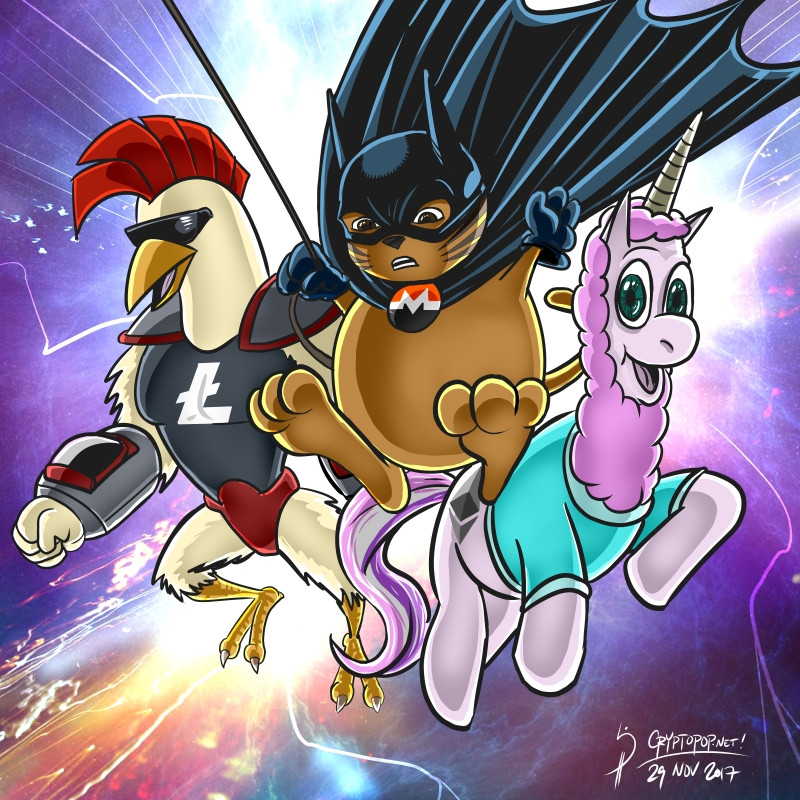 Etherea is a mysterious being that crash landed on Earth at the end of the original MoneroCat webcomic series. Etherea's powers allow her to create anything out of thin air if she can say its name, but because she doesn't have a good grasp of how things actually work, a lot of her inventions fail miserably and she ends up making a huge mess all the time.

MoneroCat initially thinks she's a threat, but realizes that she could be a boon to society if she can just get her powers under control. So they go on this intergalactic adventure during which Etherea tries to find her home planet, and in the process, hopefully also find her purpose.

I will be publishing 2 episodes per month on Cryptopop.net, probably on Tuesday morning Pacific time. Each episode will be between 6 to 8 pages long depending on how much story needs to be told. The original MoneroCat comic was 3-pages per week, which didn't allow us to tell more complex narratives. This bi-weekly format will give us more flexibility and at the same time pack more story into each release.

I've outlined about 9 months worth of story material, so if I can get this funded, the first episode will ideally launch on March 6th, and conclude in late November.

I'm looking for 150 XMR to make this happen in a sustainable way.

Here's how I plan to use the funding: 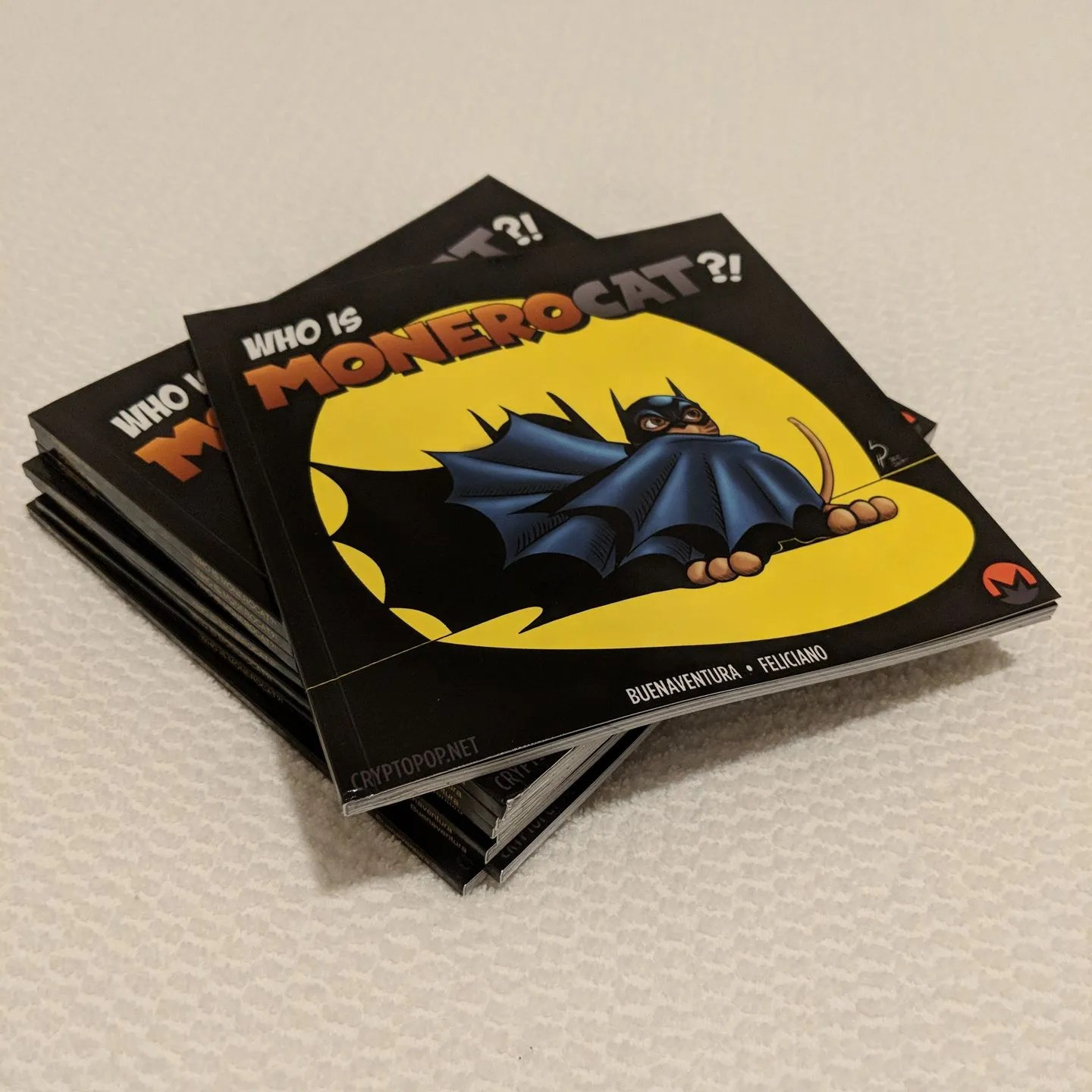 These are test prints of the collected MoneroCat comic that I will be making available for sale within the next month, if time allows. I'd love to be able to have enough funds to create a full print edition of the complete CryptoStars too

My goal with this webcomic is to have a regular narrative that the entire crypto community would be interested in ... something that is both entertaining and thought-provoking and hopefully generates some real discussion online. I think that having Monero at the center of the story will do a lot for increasing the amount of attention that the currency is getting.

It would be awesome if the Monero community could help promote this in various forums, although obviously that's completely voluntary. The idea, of course, is to make the content good enough that people will want to share it around naturally.

I'm hoping that this is the kind of project that the Monero community can get behind. It's a really unique, counter-culture approach to promoting discussion within the crypto industry, and (I believe) fits in well with Monero's overall ethos.

great idea, I would love to see your work...

I want one of the test prints, pretty please! will pay lots of romeritos! the webcomic idea is also awesome, but I don't know enough about the production to comment on the price tag etc.

Cool! I'm working on some fixes before doing another test print run. I'll make a separate post when I have a version that I'm satisfied with. :)